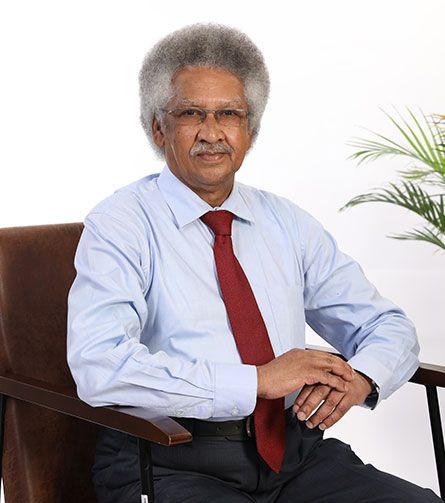 Louis Amédée Darga is a Fellow of the Royal Society of Arts (FRSA). He is the Chairperson of the Mauritius Africa Business Club, and is also the Managing Partner of StraConsult, a management and economic development consulting firm.

Amédée serves as the Chairperson of the Southern and Eastern African Trade and Information Network (SEATINI), has been a member of the African Association of Political Science since 1977 and is a former executive member of the organisation. From 2005 to 2011, he served as a Member of the Bureau of the Committee on Human Development and Civil Society of the U.N Economic Commission for Africa.

Amédée is also the Chairperson of the Audit and Compliance Committee and a member of the Board Investment Committee of CIM Financial Services Ltd.

Directorship in other listed companies: none